Common Wealth Games security is going to be very strict. Mini Remotely Operated Vehicle of Rs 1 crore will be deployed for the opening ceremony at Jawaharlal Nehru Stadium. There are various things which are not allowed in the CWG. Sweating after four hours of practice under the sun, several outspread hands reach out to grab mineral water bottles being thrown carelessly at them.

Items allowed inside the venues are:-

Not allowed items in the venues are:-

The lack of a proper distribution system was so pronounced that on Tuesday, nearly 3,000 of the performers left the Nehru Stadium without rehearsing as they were not given food till 5 pm.

Breakfast was not ready by the time the participants left early in the morning from the ground. When they reached the Jawaharlal Nehru Stadium, no arrangements had been made for breakfast there either.

BIGG BOSS -4 will be aired on Saturday, 2nd October, 2010. It will start on Colors TV Channel and will be shown during the prime time, 090.00 PM to 10.00 PM IST. As always Bigg Boss brings those celebrities who were in controversies or forgotten.
Manoj Tiwari, a Bhojpuri super star is all set to follow his rival Ravi Kissen’s footsteps by taking part in season 4 of Bigg Boss to be hosted by Salman Khan.

Shiney was recently in news due to rape case filed agaist him by his minor home maid. He is coming to Bigg Boss Season 4 to regain his lost image and hope that he may get career boost.
Chunkey is a bollywood actress and struggling to make a steady career since long. He will expect new career opportunities after the show.
Sara is a renowed TV actess and model. She became Miss Madhya Pradesh in 2007 and started his career with a Start TV production Bidaai and won Best Wife’s award from Star India Pariwar Award in 2009.
Shan is a well known successful Indian singer.
Shweta is a model and TV actress and popularly known as Prerna. She also worked in many Bhojpuri films.
Bhgyashree became a heart throb of Indian men in her debut movie, “Maine Pyar Kiya”, co-starer by bollywood superstar Salman Khan. But after marriage and her decision of not working with anyone else other than her husband, she could not expected career growth. She worked with few TV serials but not able to get any significant success.
Tarannum was in news for being India’s richest bar dancer.
Davinder is a real like thief and cheater and popularly known as Bunty. Famous movie “Oye Lucky Lucky Oye” was inspired by his real life story.
Sneha started her career with her first movie with Salman Khan.
Simone is a model, TV actress and bollywood acteress.
Avika Gaur is one of the most popular child actress of Indian TV industry. She became popular for her role of Aanandi in the TV serial Balika Vadhu.
Dimpy Ganguly and Rahul  both were in news. There were news that Rahul Mahajan was beating his wife same like he had done with his first wife. Recently Dimpy was in news for the leak of her private photographs in bikini and that had created controversy too.

People who lost their loved ones are never going to forget that black day of their life. We the other people would forget this incident after some years. Is it fine that some attackers from neighbor countries come to our country and take lives of many innocent people? How long will be the procedure of court will take place to prove Ajmal Kasab as terrorist and accused?

As he has admitted his crime then why he is not given punishment that all the terrorist see and will think again before doing any crime.The Bombay High Court has ruled that any meetings between terrorist Ajmal Kasab and his lawyers will have to be conducted with jail officials close by.
Amin Solkar, who represents him, had said he was uncomfortable answering questions in the presence of jail staff or police officers.

Kasab attacked a jail official on September 1 was submitted to the court for review. “Kasab is a trained commando and with swift movements and he can pose a great danger to his own life as well as to the guards,” special prosecutor Ujjwal Nikam told the court.

Kasab has challenged the death penalty given to him in May. His appeal will be heard by the Bombay High Court starting October 18. Hearings will be held everyday, but Kasab will not be brought to court for security reasons. He will participate through video conferencing.

The Indian Television Academy awards celebrate its 10th anniversary in a grand style with the biggest faces and shows of the decade in television industry on Star Plus on October 31st 2010. Artistes like Shweta Tiwari, Mona Singh, Sharad Kelkar, Manav Gohil, Aamir & Sanjeeda, Suhasi etc. 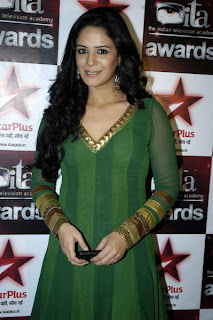 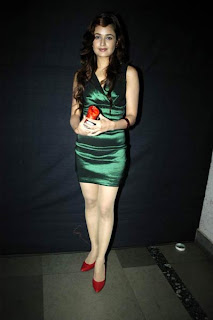 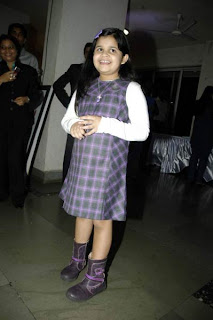 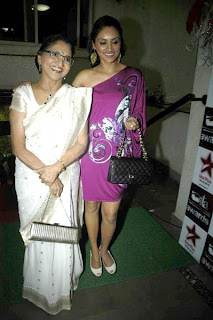 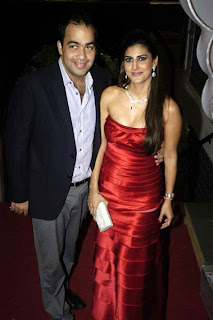 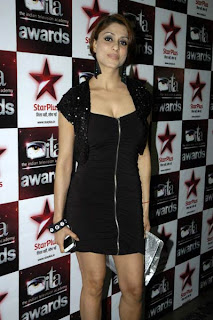 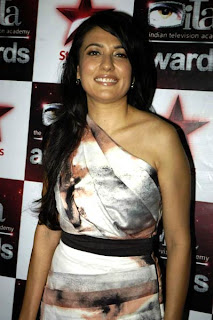 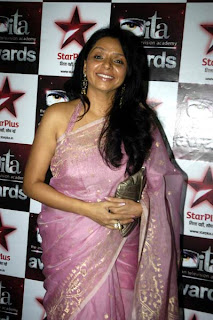 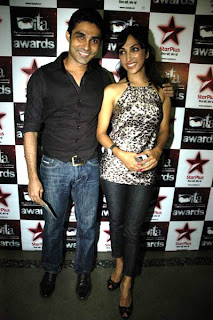 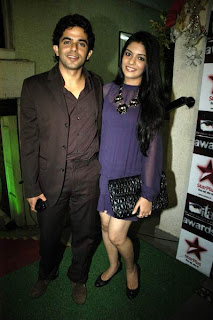 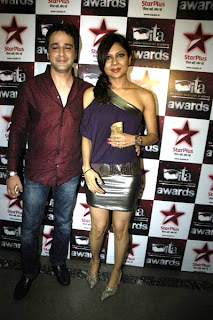 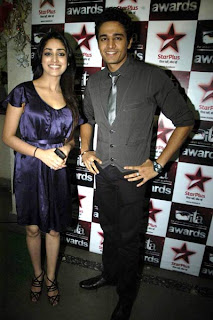 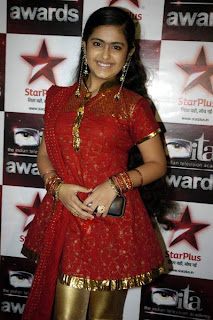 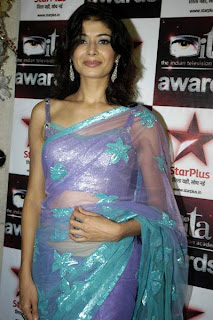 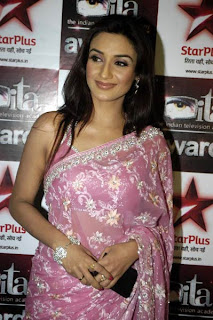 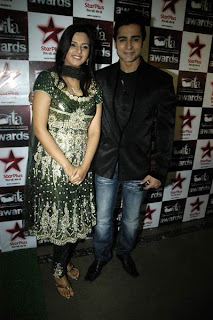 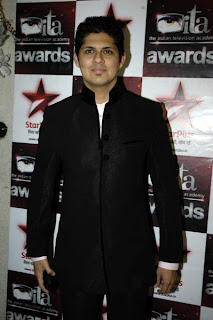 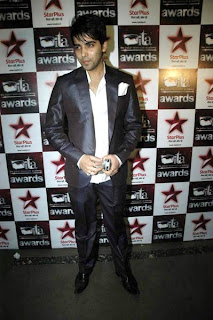 The final preparations for the Games Village have been of concern to the CGF. Its not easy to digest the hard earned tax payers money going under soil. Just 11 days away, participation of some of the top nations is doubtful with Australia, New Zealand and Canada still undecided on sending their teams for the Games. Bollywood is too excited and disappointed by these situation.
Diya Mirza: All hopes despite every negative sign have been thwarted for good. National shame but more so, national horror the CWG has turned into. I just hope that this shakes us all out of our slumber. I think what we lack the most is respect. If we respected our country, would we be as corrupt? The values that we strongly uphold, integrity, honesty, respect all forgotten? I feel so angry, disappointed and let down.
Madhur Bhandarkar: I think a dark comedy film title Games is being played in CWG where bridge is collapsing, ceiling coming down..
Asha Bhosale: CWG will also become recipient of great Indian phrase, Sab Chalta Hai, Chalne Do. Aage Badho Bhai. Idhar Sochne Ka Time Nahi Hai….
Arjun Rampal: Rs. 70,000 crore spent on CWG, Sensex shoots past 20K but poverty line in India stays constant. Is this a democracy or just plain Hypocrisy?…
Shekhar Kapur: With CWG fiasco, ppl of india must confront corruption at such a huge shameless n arrogant way. Is any1 taking responsibility?
R. Madhavan: The CWG is already an embarrassment. I don’t think we are firstly, morally prepared for something like this. Honestly there is a limit to things we can brush under the carpet and I believe everything the media has to say about this issue…
Shilpa Shetty:  News that things are falling apart a week before the games begin and how! Athletes are pulling out due to health and safety concerns…just makes me cringe. This could have been a great opportunity to make our country proud. Unfortunately CWG hasn’t brought us the pride and honour we thought it would.
Kunal Kapoor: CWG – What was supposed to be the nation’s pride has turned out be it’s shame! Actually, it is silly to expect pride when we are ruled by corrupt and shameless politicians. National pride is the last thing on their minds!
Gaurav Kapur: Shiela Ji namaste, mere paise lauta dijiye (Dear Shiela Dixit, Please return my money). Regards, taxpayer of India.
Ranvir Shorey: After the bridge, a ceiling has collapsed. Dogs, poop, falling buildings… I’m already enjoying the CWG. Waiting for something to collapse on one of the government officials who’re telling us everything is alright at the CWG. Government expects support for the corruption that is bringing us international shame.

The foot overbridge collapse at the presitigious Jawaharlal Nehru Stadium in New Delhi yesterday. The rains have been affecting the last minute rush to finish the projects related to the Games which is to be held between October three and 14.
Part of the ceiling of the newly-built weightlifting venue, also at the Nehru stadium, has reportedly collapsed.
7,000 participants and officials from 71 countries and territories are expected to attend the Oct 3-14 Commonwealth Games, India`s biggest sporting event after the 1982 Asian Games it hosted in New Delhi.
Members of the Commonwealth Games Federation (CGF) Canada, England, New Zealand, Scotland and Wales, which detail some very embarrassing observations regarding the cleanliness of the residential zone of the Games Village.
CGF president Mike Fennell shot off a letter to the Cabinet Secretary, asking him to take immediate steps to fix the deficiencies in the residential zone of the Village, which he said has “shocked” advance parties from New Zealand, Canada, Scotland and Ireland because of its unhygienic condition.
The Channel 7 journalist, who reportedly also filmed black-market explosives on sale near the Capital, walked into the venue carrying the case, capable of triggering up to 200 explosions, without any checks. the reporter walking into the cordoned off area with the over-sized, wheeled suitcase when a gate was opened to allow a police convoy through. 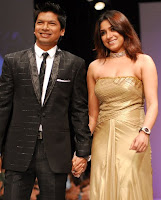 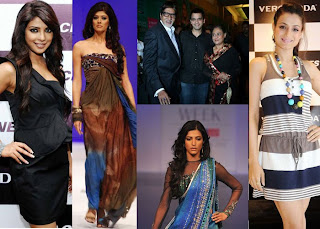 Hundreds of villages have been washed away, with the people losing everything they had. Bijnore, Moradabad and Bahraich have been worst affected, where People have been forced to spend the night on rooftops. Other districts affected include Barelly, Meerut, Saharanpur, Muzzafarnagar, Baghpat, Shahjahanpur, Farrukhabad and Lakhimpur-Kheri.

Around 7.44 lakh cusecs of water by Haryana, the water level in the Yamuna reached 206.16 metres — 1.33 metres above the danger mark — Tuesday morning. The water level is expected to touch 207 metres, 2.17 metres above the danger mark, by Wednesday.
Many low-lying areas in parts of the Delhi are flooded by the rising water level in Yamuna and people from areas like New Usmanpur, Sarita Vihar, Kalindi Kunj, Jamia Nagar and Wazirabad have been shifted to temporary shelter camps.
Rising water can be seen in Rishikesh and Haridwar, as water was released from the Tehri dam. The water level of Ganga at Haridwar is almost two meters above the danger mark.
In Bihar’s Gopalganj, Siwan and Saran districts on Monday after the Gandak river overflowed its banks, affecting thousands of people.
Twenty-seven local trains have been cancelled while 58 short distance trains like Farakka, Padmavati, Howrah Janata, Ranikhet and Lal Quila Express have been diverted.
Home, auto and corporate loans are likely to become expensive.Already banks don’t provide loans easily to the service class people. People working in Media are facing huge problem while applying for loan. It is very tough for Media people to get loan for home.
From October 1, following RBI’s move to increase the repo rate — the rate at which banks borrow short-term funds from the central bank — by 25 basis points to 6% on Thursday. The expected spike in rates will affect both existing and new borrowers.
In the last two-and-half months, RBI has increased the repo rate by 100 basis points. As banks are facing tightening in the liquidity condition and most of them are borrowing short-term funds from RBI, repo rate becomes a kind of benchmark. On Thursday, banks have borrowed Rs 51,850 crore from RBI under liquidity adjustment facility.
Finance minister Pranab Mukherjee said the RBI’s move to raise its short-term lending and borrowing rates was a step in the right direction as inflationary pressure still exists.

A 22-year-old driver in a Mercedes hit 10 vehicles in Pune, injuring ten people. Aditi Jagtap, 22-year-old girl was leaving for a friend’s place for Ganpati puja in her Mercedes. She then lost control as she drove Merc for the first time.

Her Mercedes hit six cars, three autos and one bus. She has been arrested for rash and negligent driving. She was taken to policy custody and later admitted to a hospital for a medical examination. Police believed that it was not a case of drunken driving.

The public must know who are the irresponsible citizens in this country. Atleast next time let the people be more careful when people like this girl take the car out. The should be punished severly according to the Indian law.

Why rich and drunk youngsters drive the car only to harm and kill the innocents?