Skip to content
A big banking fraud was uncovered at the Gurgaon branch of Citibank that saw a bank employee fraud diverting  funds from 20 accounts of  clients.
Shivraj Puri, the employee of Citibank who is alleged to have sold investment products to high net-worth clients claiming that they would get  high returns. He collected money from different customers for fraud  schemes but transferred the funds to some fictitious accounts.
The fraud comes to light a month after the C B I uncovered bribery-for-loan racket leading to arrest of many senior officials of the banks and financial institutions.
Gurgaon police  have frozen 80 accounts till now and recovered Rs. 3.85 cr from 18 accounts.
The year is not yet ended here we got another gift of Fraud?

BMW  introduced its cheapest model in India, a new sports utility vehicle, ‘X1’ priced at Rs 22 lakhs – Rs 29.9 lakhs. The vehicle will be available in both petrol and diesel variants.

The diesel variant takes 8.3 seconds to attain a speed of 100 kmph whereas the petrol variant takes 10.4 seconds. All variants have six speed automatic gearboxes.

The compact SUV will not only divert some traffic but also manage to take on the fight to Toyota Fortuner , Nissan X-Trail , Hyundai Santa Fe and the Mitsubishi Outlander.

As 2010 year is yet to end it is time to look back and evaluate how we did in our lives , our relationships , our finances , our careers. In same way it is time to see how our country did in various areas.
In CWG Large sums of money have allegedly been paid to non-existent partie. The execution of many contracts has been deliberately delayed. The CVC has found that money paid for many Games related projects are abnormally high. It has also detected widespread bunglings in the purchase of equipment for the Games. The Central Vigilance Commission (CVC) has allegedly suggested that upto Rs. 8000 crores may have been deliberately misspent on payment to companies that don’t exist, and on companies that were allowed to charge hugely inflated prices for material supplied by them.
Adarsh Society Scam. The Society was originally Built  for Kargil war widows. Our politicians should be ashamed of themselves but as we all know they are shameless! What u will call this if the 6 storey is made 31 storey building? Maharashtra Chief Minister Ashok Chavan, accused of helping his relatives get flats in the controversial Adarsh Housing complex in downtown Mumbai. Union Heavy Industry Minister Vilasrao Deshmukh, Union Power Minister Sushilkumar Shinde and current Revenue Minister Narayan Rane — and Maharashtra minister Ajit Pawar, nephew of NCP supremo Sharad Pawar had links with the controversy. Generals helped in  getting permits for the society, but how the General could afford flats which cost upwards of Rs. 75 lakh.
The Loan Scam. The executives of  LIC Housing Finance, Central Bank of India, Punjab National Bank, Bank of India received bribes valued at hundreds of millions of dollars from private finance firm Money Matters Financial Services, which acted as a “mediator and facilitator” of corporate loans and other facilities.Rajesh Sharma of Money Matters paid a Rs. 25-lakh bribe to RN Tayal at the Bank of India. In return, Tayal allegedly assured him of two loans worth Rs. 500 crore for two different companies.
2G Scam. Raja of DMK Seems to be have taken word so literally that he didnt listen to even prime minister of India. Dubbed as mother of all scams the money involved is 1.76 lakh crores.
UP Food Scam. up food scam is grand daddy of all scam considering the money involved. The scam is said to be worth of 2 lakh crores. So when raja is alleged to have used modern way of making money , up used age old way. The food acquired to be distributed in primary schools ended up being sold in market!
IPL Scam. IPL being an event which involves lot of money with no transparency now leaves lots of un-answered questions in the mind of every cricket lover. I have never read anywhere how much money each Franchisee is earning and how are they making money. What is the amount of money received from the sponsors and other events are not made known to the public. After these allegations and controversies, many facts are coming out. Nothing is proved yet, but the allegations sounds worrying. Many politicians involved, unknown stake holders, some sweat equity stake holders, betting, match fixing, money laundering , scams, etc. Modi was even alleged to have offered US$ 50 million to the Kochi franchisee to go back and give the Franchisee to Ahmedabad.
Karnataka Scam. Katta Jagdish, son of senior Cabinet Minister Katta Subramanya Naidu, is arrested under the Prevention of Corruption Act in a Rs 100 crore land scam. He was allegedly trying to buy over a crucial witness in the case.
1.       Adarsh Housing Society by Military and Politicians
2.       2G Spectrum Scam
3.       Common Wealth Games(CWG) Corruption
4.       Mining Scams
5.       IPL Scam
6.       LIC Insurance Scam
Every one is colored in the color of scam.

The 44-year-old Nipa Dhar was dismissed from her job by the Indian Airlines in 2001 for being overweight, without referring her for medical treatment or giving her alternative work like ground duty.

She offered to take a ground job instead of flying, but later that year, she was sent a termination notice. Dhar’s counselor, Madhumita Roy, submitted before the court that her client’s weight had increased after taking medicines prescribed by an airline doctor for altitude phobia.

The Calcutta High Court today ordered the Indian Airlines, now Air India, to take back an air hostess.
Will this decision be enough for all the air hostesses?
Will airline companies dare to take the decision like this again?

When Nano was introduced people had gone crazy to buy one. The egg shaped Nano was like dream of every middle class family. But now sales of the Nano have been falling for the last four months. Its maker, Tata Motors, sold only 509.

Tata has struggled with problems like production delays and fires in some of the cars, rival cars like the Maruti Suzuki Alto have overtaken the Nano. The Alto, which starts at $6,200 here, had sales of more than 30,000 in November.

Tata company announced that it would extend the warranty on the Nano, including those that have already been sold, to four years, from 18 months.

In an instance, a family was taking its new Nano home from a dealership in Mumbai when smoke started billowing from the back of the car. Soon, the entire car was engulfed in flames. There were no injuries except Nano.

Earlier, the minimum fare was Rs 7 and maximum Rs 10.
DMRC runs 120 feeder buses on 12 routes ferrying more than 35000 people everyday from their homes to stations and back.
When government will start thinking about the middle class man?
Government how long will cheat common man by increasing prices of basic amenities?
The Supreme Court on Tuesday imposed a ban on the use of plastic in the packaging of tobacco why not on tobacco?

The Supreme Court has set March 2011 as the deadline within which the gutkha and tobacco manufacturers need to implement its order. The court asked them to shift to eco-friendly sachets or close down.

In India, more than five million children under the age of 15 years suffer from various forms of mouth cancers, which is mainly attributed to the unregulated consumption of gutkha – in states like Uttar Pradesh and Madhya Pradesh more than 16 percent mouth cancer patients are children.

According to the Indian Council of Medical Research (ICMR), India records about 800,000 tobacco deaths every year or 2,200 deaths a day.
Why allow the production of cigarettes and Tobacco products?
How much women’s are safe in workplace or anywhere? The government introduced  a bill aimed at preventing sexual harassment of women at workplace in various forms in the Lok Sabha, including implied  Sexual harassment at workplace is considered violation of women’s right to equality, life and liberty.
The Protection of Women Against Sexual Harassment at Workplace Bill, 2010, provides for mandatory setting up an internal committee by a company or any other institute to probe a written complaint by an aggrieved person or settle the matter through conciliation.
Women and Child Development Minister Krishna Tirath said the objective was to provide safe, secure and enabling environment free from all forms of sexual harassment to every woman, irrespective of her age or employment status (other than domestic workers).
It is the responsibility of  the employer to order probe into any complaint and provides for a fine of Rs 50,000 in case an internal inquiry is not set up by the employer or attempt is made compulsory  provisions by the new law.
In the case of false or malicious complaint, the bill provides for action against the complainant in accordance with service rules and in any other manner in case no service rules exist.
If any complaint is made it needs adequate proof need not attract action against the complainant.
It will also apply to private sector organisation, societies, trusts, educational institutions, non-governmental organisations, service providers of commercial, professional or entertainment activities.
It will cover ‘unorganised sector’ which means an enterprise owned by individuals or self-employed workers and engaged in the production or sale of goods or providing service of any kind whatsoever and where the enterprise employs workers, the number of such workers is less than ten.
Will this bill enough to protect women’s at workplace? 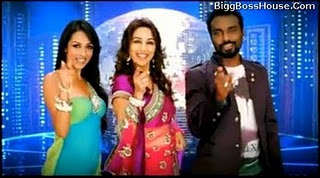 Jhalak Dikhla Jaa Season 4 Hosts are Mona Singh and Sumeet Raghavan. It is expected that the show will see contestants from different fields like films, TV, music, sports, etc.

IPL player auction is postponed for another couples of years. Due to he ongoing legal dispute between the BCCI and the two expelled franchises, Rajasthan Royals and Kings XI Punjab.

On October 10, the board had terminated both Rajasthan and Punjab over disputed ownership rights. Both franchises eventually approached the Bombay High Court.

The auction was already moved from November to the 8th and 9th of January 2011 and if it is further postponed, the auction dates are likely to clash with the World Cup.