The Incredible India’ of diversity and cultural pride showed its face to world. A spectacular laser fireworks show lit up the evening sky. There was music, lights, performances, speeches, fireworks and pride. The Commonwealth Games Federation flag, along with the national flags of all the 72 participating nations, dazzled at the stadium.

Prince Charles, represented Queen Elizabeth, the head of the Commonwealth, and President Pratibha Patil did the honours at the inaugural ceremony, amid thunderous cheers from the capacity 60,000 crowd. 1050 school children performed a choreography of the Namaste sign. Classical dances of India,were performed  including Odissi from Orissa, Bharatnatyam from Tamil Nadu, Kathak from North India, Manipuri from Manipur, Mohiniattam from Kerala and Kuchipudi from Andhra Pradesh. 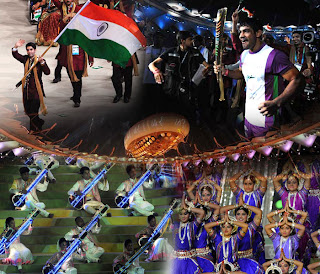 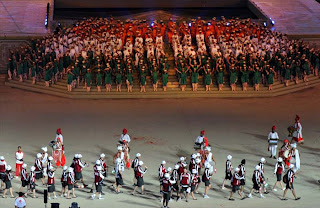 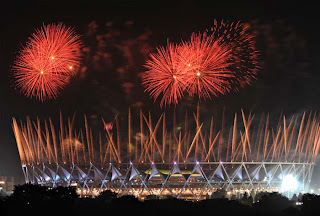 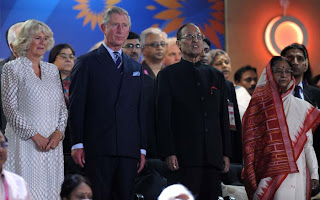 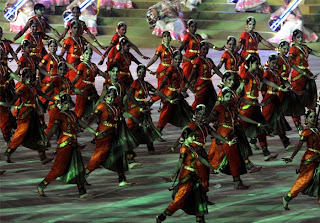 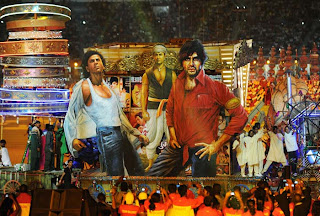 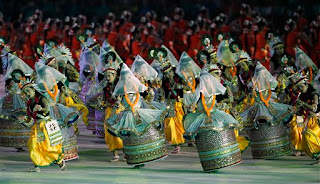 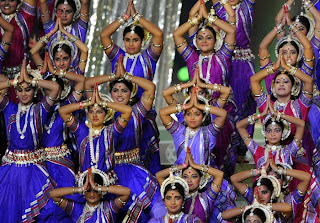 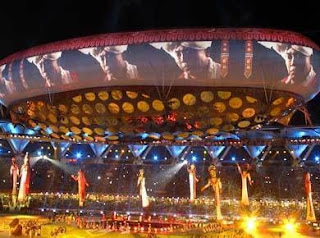 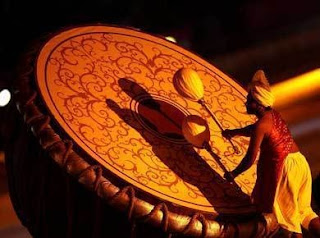 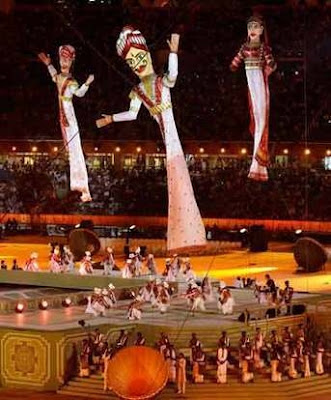 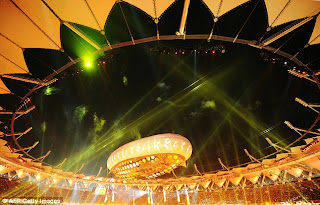 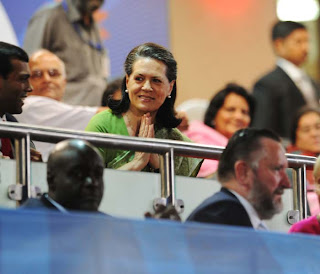