Skip to the content
In the year 2011 we are assured of some brand new concepts from the Indian Cinema in terms of quality, entertainment and lots of unseen dramas and thrillers with many new thoughts and ideas.

Here is the list of upcoming Hindi movies that are going to be released in the year 2011.

Director– Neeraj Vora.
Cast – Govinda, Tushaar Kapoor, Amisha Patel
Run Bhola Run is an upcoming 2011 comedy film starring Govinda, TusharKapoor, Amisha Patel and Celina Jaitely in lead roles. The movie is mainly about two convicts who escape from jail. Govinda is icon and has kept us entertained with his great comic timing and dancing prowess. No one in the film industry has been able to make people laugh through their comedy performances except Govinda.

Director– Abhinay Deo
Producer– Farhan Akhtar and Ritesh Sidwani
Cast – Abhishek Bachchan, Sarah Jane Dias
It stars Abhishek Bachchan, Sarah-Jane Dias, Kangna Ranaut, Boman Irani, and Jimmy Shergill, among others. The film is a stylish thriller and is shot at locations in Mumbai, Greece, Istanbul, London, and Thailand.Abhishek plays a druglord, Jimmy a movie star,Shahana a journalist and Boman a politician. All four of them are invited to an island by Anupam Kher where they meet Maya (Sarah Jane). A murder is committed and the investigation team headed by an officer played by Kangna tries to find the culprit among the four of them. Everyone is a suspect. Every suspect has a motive..

Director– Anees Bazmee – Ronnie Screwvala
Cast – Akshay Kumar, Bobby Deol, Sonam Kapoor, Suniel Shetty
“Thank You”  movie is a pleasant romantic comedy. This is the first time Sonam and Akshay will be acting opposite each other. 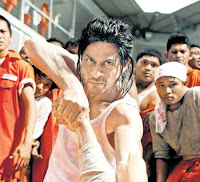