Skip to content
Varun Gandhi married Inca Yamini Roy Chaudhary, a graphic designer, at the Kamkoteshwar Temple in Varanasi on Sunday. No one from Sonia Gandhi’s family was present. Varun had invited his cousins Priyanka and Rahul, and aunt Sonia Gandhi for the ceremony.
This is the first wedding in the family after Priyanka married Robert Vadra in 1997.
Yamini wore a rose-pink Benarasi sari for the wedding, the sari which Varun’s grandmom Indira Gandhi gifted to Maneka on her wedding, and Varun wore a silk kurta and dhoti with an orange angavastram.
The reception has been cancelled due to the death of Maneka Gandhi’s mother, Amteshwar Anand, after prolonged illness. 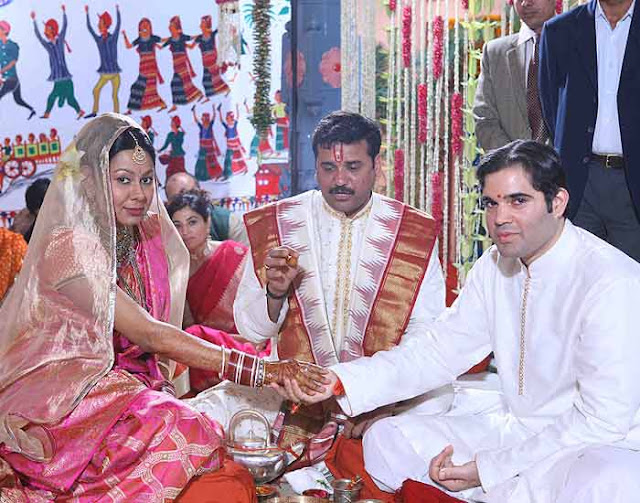 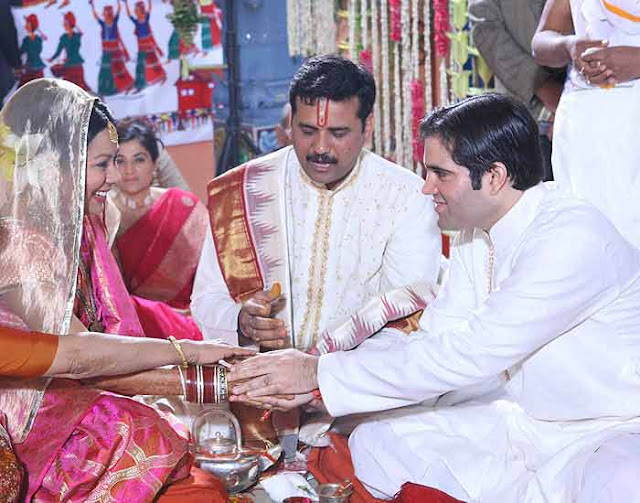 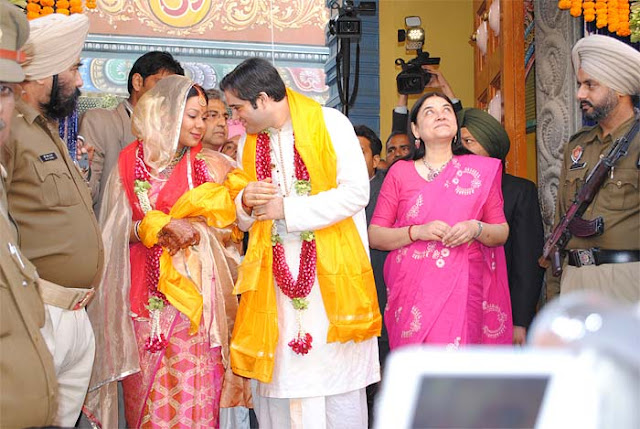 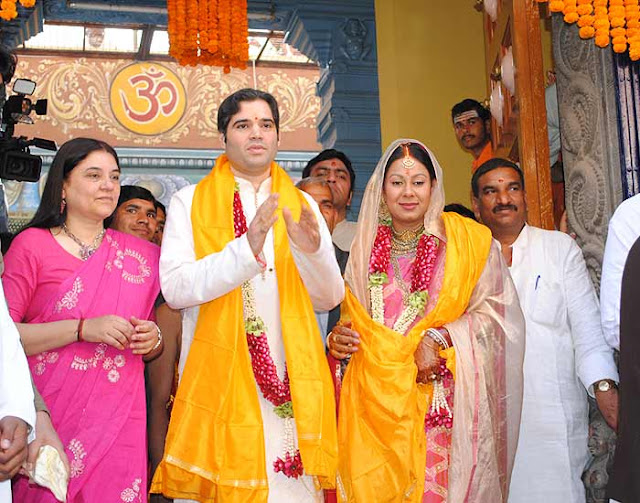 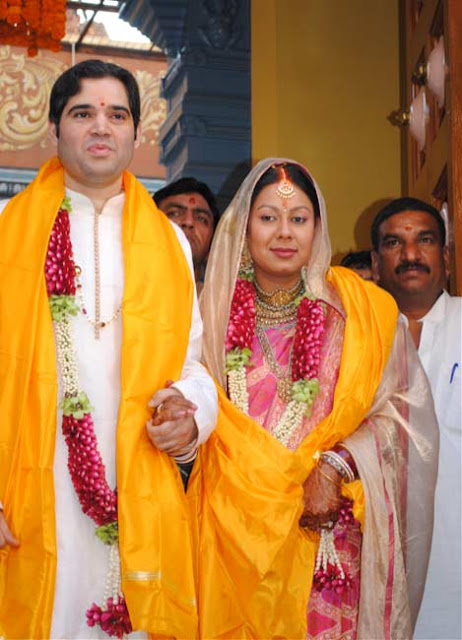 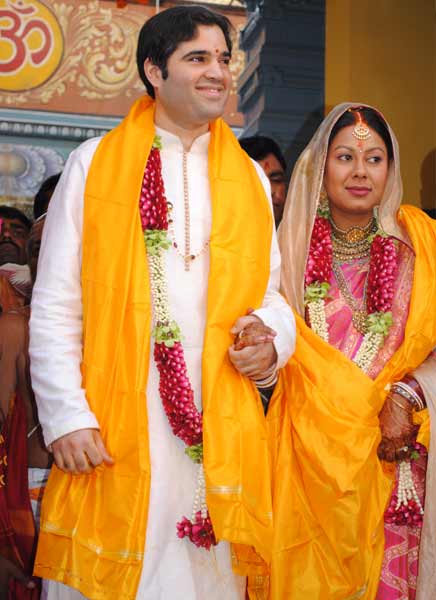